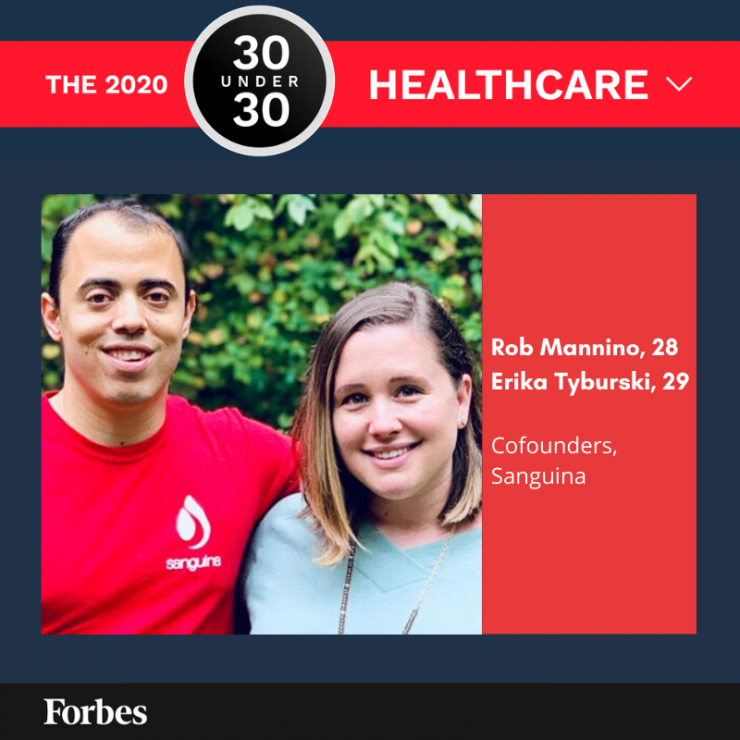 Mannino and Tyburski are startup employees of Sanguina, which has raised over $2.1 million in financial backing. Tyburski, cofounder, is the chief executive officer and has been at Sanguina since it was launched in 2014. She invented the company’s AnemoCheck technology as an undergraduate student at the Georgia Institute of Technology.

Her co-founder, Wilbur Lam, is Sanguina’s chief medical officer and supervises technical development of AnemoCheck. Lam, associate professor in the Wallace H. Coulter Department of Biomedical Engineering at Georgia Tech and Emory University, and a researcher in the Petit Institute for Bioengineering and Bioscience at Tech, leads an interdisciplinary laboratory dedicated to developing novel, inexpensive diagnostics for hematologic and childhood diseases.

Mannino, who has worked extensively with Dr. Lam, is the chief technology officer at Sanguina and worked on new diagnostic technologies while completing his doctorate in biomedical engineering at Georgia Tech as a student in Lam’s lab. Both Tyburski and Mannino are graduates of the Coulter Department of Biomedical Engineering.

Sanguina, which is focused on the development and distribution of simple-to-use and standalone point-of-care diagnostics, developed a safe, simple, quick and accurate hemoglobin test that was approved by the FDA in September, 2017.

The product, AnemoCheck, is a color-based hemoglobin determination method that requires less than half a drop of blood from a finger stick. Blood is collected into a capillary tube, then delivered to a test vial. After mixing and waiting for 2 minutes, the resulting color correlates to a person’s hemoglobin level.

Sanguina is currently working on an over the counter (OTC) version of their AnemoCheck technology. This at home test will be simple, disposable, and available for anyone curious about their hemoglobin levels.

The company is also developing a non-invasive smartphone application technology for non-invasive anemia detection based on previous work developed by Mannino during his time as a biomedical engineering doctoral student at Georgia Tech and Emory University. This new application, AnemoCheck Mobile, should be available in early 2020 to download from the App Store and Google Play. 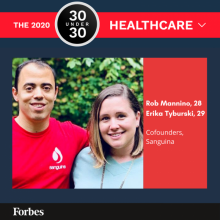