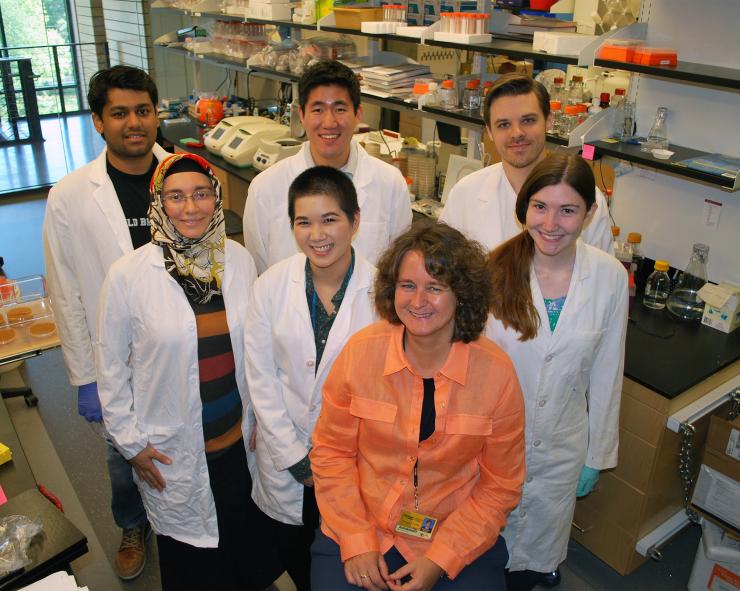 Francesca Storici, associate professor in the School of Biological Sciences and a researcher in the Petit Institute for Bioengineering and Bioscience, has been named a Howard Hughes Medical Institute (HHMI) Faculty Scholar.

Storici is one of 84 scientists from 43 institutions across the U.S., in first cohort of researchers who are receiving this first-time award supported by HHMI, the Simons Foundation, and the Bill & Melinda Gates Foundation.

“This is an awesome grant, really, because the goal is to support creative researchers. It’s not about a specific project with specific aims,” says Storici. “The award has been possible thanks to the exceptional dedication and enthusiasm of all my group members at Georgia Tech.”

Storici’s lab will receive $1.5 million over five years. The awards target early career scientists who have great potential to make unique contributions to their field, according to HHMI, who joined forces with the Simons and Gates foundations to create the program in response to growing concern about the significant challenges that early-career scientists face.

The career trajectory for these researchers has become much less certain as competition for grant support intensifies. In the last two decades, the U.S. has witnessed a sharp decline in the success rate for National Institutes of Health (NIH) research awards, as well as a striking increase in the average age at which an investigator receives his or her first R01-equivalent grant.

HHMI was concerned that the time-consuming (and often frustrating) quest for grant funding could sap the creativity and energy that researchers bring to starting their own labs. Within a few years of a new faculty appointment, a researcher's institutional start-up funds typically come to an end. Pressure to secure federal grant money may lead to “safe” grant proposals. As a result, creative and potentially transformative research projects may fall by the wayside.

“This program will provide these scientists with much needed flexible resources so they can follow their best research ideas,” says HHMI Vice President and Chief Scientific Officer David Clapham.

The Storici lab’s research focuses on RNA-driven DNA repair and modification; function and consequences of ribonucleotides embedded in DNA; mechanisms of genomic stability/instability; and gene targeting and genome editing.

Storici is considered a pioneer in the emerging field of RNA-mediated genome stability and instability. Her research led to the discovery of transcript RNA-templated DNA repair and recombination. The Storici group also has developed new tools to better understand the genetic and epigenetic consequences of the presence of RNA in DNA.

The HHMI award is just the latest in a string of recent successes for Storici. In August came two major announcements: a three-year grant from the National Science Foundation to gain new insight into the impact or RNA on genome maintenance, and a five-year, $1.4 million grant from the NIH supporting a collaborative effort with the lab of fellow Petit Institute researcher Fred Vannberg (assistant professor in the School of Biological Sciences) as well as the University of Udine in Italy.

Early-career researchers (four to 10 years of faculty experience) were eligible to apply for this competition. Distinguished scientists reviewed and evaluated more than 1,400 applicants on their potential for significant research productivity and originality, as judged by their doctoral and postdoctoral work, results from their independent research program, and their future research plans.

Expenses covered by the grant will include partial salary for faculty, salary for lab personnel, equipment, supplies, travel and publications. 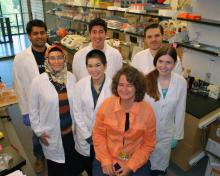 Francesca Storici and her research team