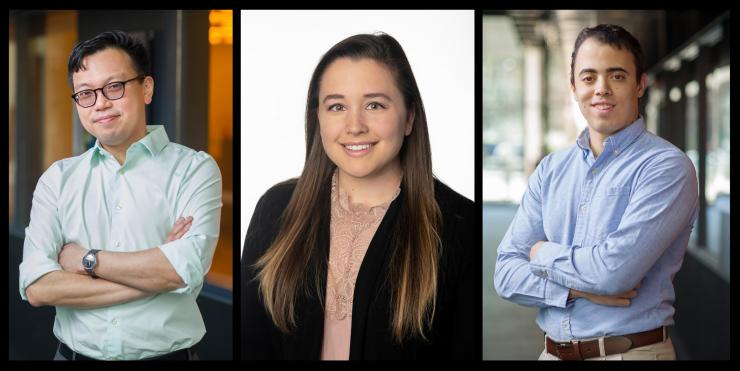 The National Institute of Health (NIH) has awarded $100K to the startup company Sanguina Inc., co-founded by Wilbur Lam, associate professor of Biomedical Engineering in the Wallace H. Coulter Department of Biomedical Engineering at Georgia Tech and Emory University. The startup received the award, coming in third place in the 2020 NIH Technology Accelerator Challenge (NTAC), for its smartphone anemia app.

NTAC awards are specifically given to designs and developments of non-invasive, handheld, digital technologies to detect and diagnose sickle cell disease, malaria and anemia. Receiving the award means that the Lam and his team can inject more capital into their efforts to launch a new app and develop other diagnostic tools.

Lam, a pediatric hematologist, takes care of children with blood diseases like anemia. His familiarity with the disease drives his clinical and research interests.

“I see kids and teens suffer and deal with anemia all the time,” said Lam, who also is a researcher in the Petit Institute for Bioengineering and Bioscience.  “A tool like this could really improve the quality of their lives and perhaps even improve their clinical outcomes by enabling those patients to take control of their own health using a simple tool that requires only their smartphones.”

The app, AnemoCheck Mobile, is a smartphone platform designed for noninvasive anemia diagnosis and underlying etiology screening. The app can estimate the user’s blood hemoglobin levels and help them track any changes over time. The technology of the app relies on using a picture of the user’s fingernail beds to evaluate anemia and its unique algorithm to screen for sickle cell disease.

Members of the Sanguina team also include Georgia Tech alumni Erika Tyburski (BME ’12), and Rob Mannino (BME ’13 and Emory/GT BME Ph.D. ’18), the CEO and CTO of the startup, respectively. Both Tyburski and Mannino, in addition to Lam, share personal ties to the smartphone app and Sanguina’s mission.

“Rob has a genetic blood disorder called beta thalassemia, which causes him to suffer severe anemia,” said Lam. “His lifelong struggle with anemia is what motivates him to develop tools to help patients like himself.”

Tyburski, on the other hand, has suffered from iron deficiency anemia her whole life.

“But Rob and Erika aren’t alone, there are two [billion] people worldwide suffering from anemia for many different reasons. As such, hemoglobin level has the potential to be treated as a new vital sign for indication of wellness or illness on a global scale,” said Lam.

Out of those two billion living with anemia, 83 million are in the United States. The startup’s team of engineers, clinicians, scientists and regulatory professionals are currently hard at work to turn the app into a commercial product.

“We have recently been funded by and partnered with The Seed Lab as a strategic investor to round out our team with marketing, branding and positioning expertise,” said Lam.  “Together, we plan to launch the first version of our consumer-facing app this year.”

Ultimately, Lam and his team hope to deliver affordable hemoglobin testing to populations who need it the most.