Remembering Bridgette A. Barry, Professor in the School of Chemistry and Biochemistry

Colleagues and friends honor the remarkable life and work of Bridgette A. Barry, a renowned professor of biochemistry and biophysics in the School of Chemistry and Biochemistry, who also a longtime member of the Parker H. Petit Institute. 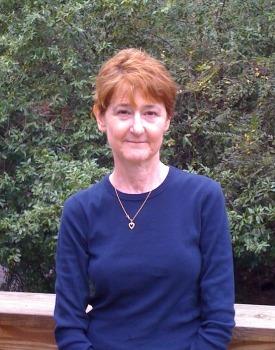 One of Bridgette A. Barry’s last published research papers focused on providing more detail about what exactly happens during oxygen photosynthesis, which she called “the great fueler of life on the planet.”

Even though much has been studied about the sunlight-powered process that provides Earth with oxygen, Barry knew that there was still a lot to uncover about photosynthesis for the good of humankind. “You could work with it to make crops more productive,” Barry said in 2018. With an eye on climate change’s impact on nature, she added, “We may have to repair and adapt the photosynthesis process someday, too.”

Professor Barry, a renowned professor of biochemistry and biophysics in the School of Chemistry and Biochemistry, and a member of the Parker H. Petit Institute for Bioengineering and Bioscience, died January 20, 2021. She was 63. According to a memorial written by her family, her death comes after several years of bravely battling a severe autoimmune disease and the side effects of treatment.

Professor Barry’s husband, Peter Dardi, and her family have shared details here for a virtual memorial service which may be viewed by all on Saturday, January 30, 2021 at 11 a.m. ET.

All are additionally invited to share thoughts and remembrances on this memorial page, which has been kindly organized by the School of Chemistry and Biochemistry. Joining our six schools and the Institute, the College sends heartfelt condolences to all of Professor Barry’s family, colleagues, students, and friends. She will be missed.

Professor Barry was director of Georgia Tech’s Molecular Biophysics Training Program, and of the Barry Group Laboratory. Her Institute biography said of her research interests, “Research in my group is focused on how the dynamic and responsive protein matrix facilitates biological catalysis. We use a wide range of high resolution spectroscopic, biochemical, and structural techniques to describe the reaction coordinate, which reveals the motion of the protein in space and time. We test the design principles, which we uncover, by building biomimetic models.”

Professor Barry received tenure and advanced to full professorship at the University of Minnesota before moving to Georgia Tech in 2003. She also made a significant impact through training and mentoring students and faculty alike, and in 2012 received Georgia Tech's Faculty Mentoring Award.

School of Chemistry and Biochemistry Chair and Professor M.G. Finn recently noted, “Bridgette influenced everyone who knew her with equal measures of scientific passion, dedication to quality, kindness, and consideration. I have always admired her papers — clear, insightful, frequently breathtaking — as wonderful examples of how we figure out how the world works. And I came to admire at least as much her quiet courage in these past years, dealing with her health challenges while maintaining the highest professional standards. When Bridgette spoke, everyone listened. We'll miss her greatly.”

Professor Barry is survived by her husband of 36 years, Peter Dardi; a brother and sister-in-law, Michael and Jen Barry; and several nieces and nephews. In lieu of flowers, her family asks that contributions may be made to your local food bank.

Several of Professor Barry’s colleagues and friends are in the process of gathering and sharing memories and tributes to her life and research, which can be found on this aforementioned memorial page. These thoughts and remembrances will be shared with Professor Barry’s family. 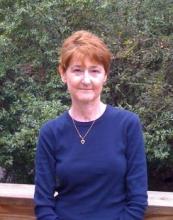