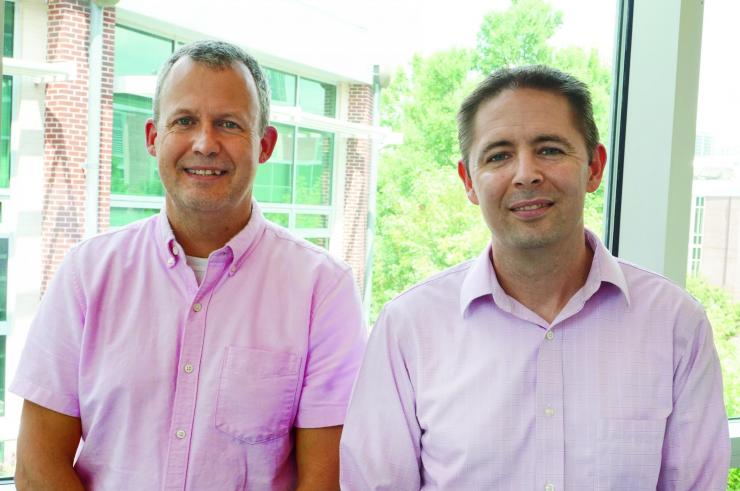 The inner-workings of the neural circuitry that underlies brain function is better understood today thanks to recent technological advances developing new tools that increasingly peel back the mysteries of the three pounds of gray tissue between our ears. Still, the neural circuits whose dysfunction lead to disorders like epilepsy, Parkinson’s disease, and depression (among others) remain shrouded and difficult to study and model, because of their complex network of interconnections and loops.

But a team of researchers at the Georgia Institute of Technology wants develop intelligent closed-loop algorithms for turning measurements into precise actions in real time – kind of like those used in technologies such as self-driving cars and robotics.

"Intelligent algorithms for interacting with the brain holds promise to help us alleviate diseases with no current treatments, as well as better understanding the basis of human intelligence,” says Chris Rozell, professor in Georgia Tech’s School of Electrical and Computer Engineering, who is leading the study with Garrett Stanley, professor in the Wallace H. Coulter Department of Biomedical Engineering at Georgia Tech and Emory University. Both are researchers in the the Petit Institute for Bioengineering and Bioscience at Georgia Tech, where Rozell also is a member of the Center for Machine Learning and Stanley is co-director of the Neural Engineering Center.

Their project just received a $1.6 million, five-year award from the National Institutes of Health (NIH)/National Institutes of Neurological Disorders and stroke (NINDS) through a long-standing and innovative NSF/NIH partnership in the Collaborative Research in Computational Neuroscience (CRCNS) program. The project leverages neurotechnology and engineering advances to pioneer a nascent field, closed-loop computational neuroscience.

"There has been an explosion of remarkable advances in both neuroengineering and machine learning, making the intersection of these fields one of the most exciting frontiers I can imagine,” adds Rozell. “I am excited that this collaborative project will allow us to pioneer these interactive neurotechnology advances.”

Rather than just analyzing data after an experiment, the team’s integrative approach will develop real-time algorithms that operate as a type of autopilot for a neural circuit, “where we can lock in a precise response, regardless of surrounding activity,” Rozell says.

The five-year project, called “Closed-Loop Computational Neuroscience for Causally Dissecting Circuits,” will build on the theory, methods, and findings of engineering,  computer science, neuroscience, and other disciplines (machine learning and genetics, for example). Through the CRCNS program, the National Science Foundation and National Institutes of Health (along with several international partners) support collaborative activities designed to advance understanding of nervous system structure and function, the mechanisms underlying nervous system disorders, and the computational strategies used by the nervous system.

“The advances in tools that we and others have made in precisely measuring and manipulating neurons and neural circuits now make it possible to read and write brain activity at the same time, and communicate with the brain in the fast timescale on which it operates,” says Stanley, professor in the Wallace H. Coulter Department of Biomedical Engineering. “We think this is a game-changer, experimentally and computationally.”

By understanding transmission of acoustic waves through microstructure in an individual’s skull, non-invasive ultrasound imaging of the brain and delivery of therapy could be possible in a greater number of people.

Stony Coral Tissue Loss Disease is ravaging Florida's coral reefs, with 20 out of 45 coral species in the state's waters already infected. School of Chemistry and Biochemistry assistant professor Neha Garg has received an NSF CAREER Award to battle it.

Julia Kubanek, professor of biological sciences and chemistry and biochemistry, and associate dean for Research in Georgia Tech’s College of Sciences, has been named vice president for Interdisciplinary Research, effective July 1.