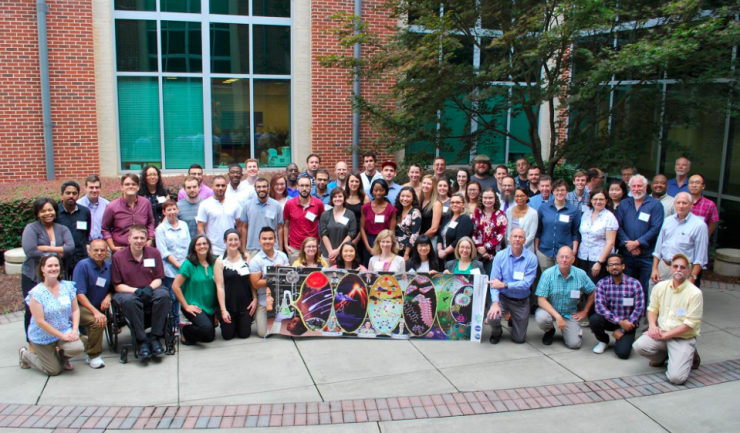 The NSF/NASA-sponsored Center for Chemical Evolution (CCE) at Georgia Tech recently completed a decade-long funding lifespan, the longest possible with the funding agencies for this kind of center. The reason?

NSF and NASA wanted its academic partners to produce as many new discoveries as possible about the chemical origins of life, while also charting future directions for this particular scientific discipline and training a new generation to take over the reins of discovery.

“These centers are not intended to go on forever. The idea is that a center should advance a scientific problem, make a major impact on a field, but then make room for new centers to do the same for other fields,” says Nick Hud, Regents’ Professor of Chemistry and Biochemistry, Associate Director of the Parker H. Petit Institute of Bioengineering and Bioscience, and the CCE’s Principal Investigator.

“The CCE was given a mission. We were granted 10 years of funding to move the origins of life field ahead — to bring in new researchers and ideas to the field, to have a major impact on the field. I think we were successful. I think we accomplished our mission.”

Officially launched in August 2010 as an NSF/NASA Phase II Center for Chemical Innovation, the CCE sunsets with their stated goals achieved — and then some, according to Hud, who was also instrumental in setting up the Center at Georgia Tech.

“NSF and NASA were looking to support fresh ideas on a problem considered one of the greatest scientific questions of all time,” Hud says. “They felt the rate of progress could be boosted by a large center. They wanted a concerted effort and new approaches to some long-unsolved problems concerning the chemical origins of life.”

Biological evolution deals with changes in living organisms, past and present, while chemical evolution, as defined by the CCE, focuses on uncovering how simple molecules present on the early Earth gave rise to the more complex molecules that eventually allowed for the emergence of life.

When molecules, or chemicals, undergo a reaction, such as in laboratory experiments, it is often the case that a complex mixture of molecules is produced, including the production of many unexpected or undesired molecules. Scientists studying chemical evolution have long sought to understand how biomolecules, like DNA and proteins, then, could have evolved from the complex mixture of molecules present on the prebiotic Earth — without the aid of a chemist to guide particular reactions or to purify specific products.

Ten years later, Hud says the CCE now has several examples of how such changes can make it much easier to form molecules and polymers very similar to those found in living organisms, but in reactions that are believed to have happen on the early Earth. “Now we have several models for the synthesis of molecules that may have facilitated the emergence of life. We’ve advanced origins of life science by experimentally testing and refining this hypothesis.” Possible applications to the fundamental advances made by CCE chemists include new and more efficient methods for the syntheses of pharmaceutical drugs.

And while the CCE is officially sunsetting, the group’s work will continue to live on through collaborative projects, and will be soon celebrated by the Petit Institute for Bioengineering and Bioscience through its annual Suddath Symposium. This year’s virtual edition, titled Origins and Early Evolution of Life, is set for January 28-29, 2021.

The idea of small changes making big differences doesn’t just apply to the CCE’s research on molecules. It can also refer to how the Center found its managing director.

Christine Conwell was a graduate student in 1999 at Georgia Tech, and first met Hud when she took one of his biochemistry classes. Conwell would receive her Ph.D. in Biochemistry from Georgia Tech in 2004, and then it was off to the University of North Carolina for postdoctoral work.

It was the chance to help lead the Center for Chemical Evolution that brought her back to the Institute in 2011. Managing the Center’s $40 million budget, Conwell oversaw the building of interdisciplinary partnerships with other institutions and scientists, represented the CCE to the NSF and NASA, and helped establish education and outreach efforts in tandem with the group’s research efforts. That work over her near-decade as the CCE Managing Director earned Conwell the 2020 Outstanding Achievement in Research Enterprise Enhancement Award, presented by the Office for Executive Vice President for Research.

When the award was presented last April, M.G. Finn, professor and chair of the School of Chemistry and Biochemistry and James A. Carlos Family Chair for Pediatric Technology, noted, “This jewel in Georgia Tech’s crown would not have been possible without her efforts. As a jointly funded center by the NSF and NASA, it has been both unique and uniquely successful, bringing together investigators from the U.S. and around the world. This demands administrative skill and leadership of the highest order, and Dr. Conwell has provided exactly that.”

“She was the perfect person for the job,” Hud adds.

“The dynamic center platform has allowed us to gather data and then modify our research paths based upon what we learned. As a result, we have done so much more than what we could have anticipated,” explains Conwell, who now is Director of Planning and Operations for Georgia Tech’s Strategic Energy Institute. “Because of the way the centers are set up, you bring together an incredible team of scientist and create opportunities to brainstorm and dissect data with a team that otherwise would not be at the table together. You can go with the flow, starting in one place, then making changes based on the conversations. You can see those projects that are accelerating at a crazy pace. So we shifted to meet our goals. In the lifetime of the Center, more than once, we started at one place — and evolved in ways we couldn’t have anticipated in 2010.”

Conwell adds that she’s grateful that the CCE was also able to introduce a new generation of researchers to a special collaborative system that advanced the science behind chemical evolution. “We’ve given postdocs and graduate students a unique research experience,” she says. “They’re now used to being in a group of 80 people — including everyone from former university provosts and vice presidents, to undergraduates at institutions a state or two away — talking science in collaborative, interdisciplinary meetings. Researchers get input from so many diverse scientific — and life — perspectives. That is a big difference from when I was in Nick’s lab 20 years ago. From a workforce training perspective, it’s a huge deal that we could provide such a well-rounded research experiences to our trainees entering the research community.”

A sizable group of CCE alumni are also continuing their research in other colleges and universities around the U.S., and at institutions around the world, including the National Cheng Kung University in Taiwan, the Earth-Life Science Institute in Tokyo, and Nanjing University in China.

Conwell shares that she’s especially proud of the outreach and teaching efforts led by the CCE. “There’s been a lot of time and energy put into getting out into different groups of people, of all ages and levels of scientific knowledge, and telling them why science is awesome,” she says. “We have developed really amazing outreach and education partnerships and have made tremendous investments educating the public.” She cites Stated Clearly and its animated videos, which have reached more than 2 million viewers on the CCE website, as well as the Atlanta Science Festival and its more than 30,000 annual participants, as examples of those partnerships.

Conwell says that those outreach efforts have aimed at introducing chemical evolution to younger audiences with the hopes of sparking a desire to learn more about science — adding that CCE-based inspiration has also sparked a number of new ideas and ways of thinking for established scientists, too.

“In addition to experiencing excellent science developed within the CCE, humor was often used as a bonding vehicle within the Center,” Liotta says. “I like to joke and tell people that I am so old that my Ph.D. thesis was written on stone tablets. When people question whether something is really prebiotic (compounds formed before life on Earth), everybody looks at me and asks, ‘Is that so?’.”

Liotta remembers when, in the late 1990s, Hud first drafted a proposal for establishing the CCE at Georgia Tech. At the time, Liotta’s research was in the area of physical organic chemistry. “In physical-organic chemistry we study how reactions take place and the relationship between molecular structure and the properties of molecules. Previous to my participation in the CCE, I had never been involved in origins of life research,” he recalls.

Liotta read Hud’s proposal and immediately called him to congratulate him on proposing exciting and fundamental science. “I said this is really an interesting area of science. Nick asked me if I would like to be a part of the Center. I immediately said yes. I visualized that my contribution would be to bring the principles of physical-organic chemistry into the origins of life research."

Recently, Liotta and fellow CCE collaborator Ramanarayanan Krishnamurthy, an associate professor of Chemistry at Scripps Research Institute, were awarded a $1 million NASA grant for their research on the origins of simple sugars. Liotta cites his working relationship with Krishnamurthy as a direct result of his association with the CCE, and credits Hud and Conwell for bringing them together.

“Christine and Nick are fantastic leaders,” he says. “They not only held everything together, but they created an atmosphere where there was excitement about discovery.”

Count Liotta in on that excitement. “All I know is that my participation in the CCE was a very positive experience, and I got to meet a lot of people that I would have never collaborated with if it weren’t for the center. The CCE was a vehicle for interaction with excellent scientists — and a vehicle for me to be introduced to new and interesting science.” 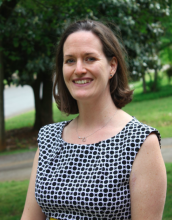 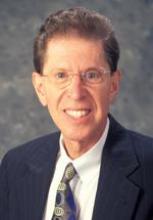