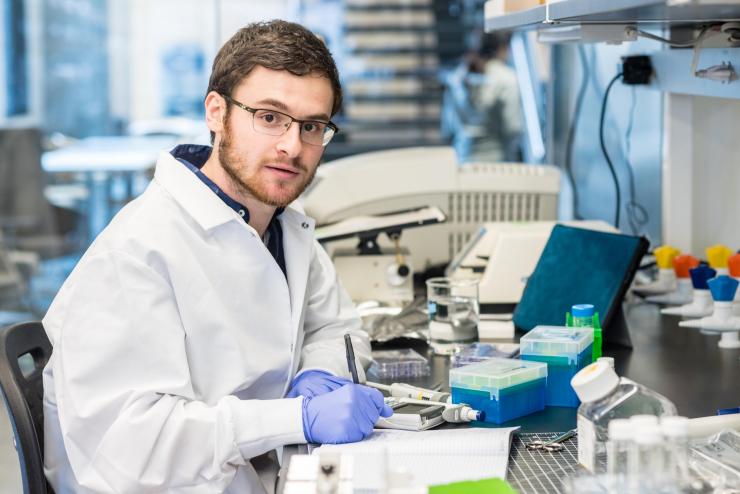 Georgia Institute of Technology researchers are developing new tools of discovery with the creation of inverted ‘organoids’ – three-dimensional, complex, self-organized collections of cells that can recapitulate the processes of a patient’s own tissues.

Working with collaborators from the University of Michigan, investigators in the lab of Shuichi Takayama, professor in the Wallace H. Coulter of Biomedical Engineering at Georgia Tech and Emory University and a researcher in the Petit Institute for Bioengineering and Bioscience at Tech, describe their work in a new article. The paper, “Cancer Cell Invasion of Mammary Organoids with Basal-In Phenotype,” was published in the journal Advanced Healthcare Materials.

Organoids, which basically are miniature organs cultured in a lab and usually derived from stem cells, provide biomedical researchers a comprehensive way to study human development and disease, offering a sharper view of drug interaction and a novel approach to personalized medicine. In short, organoid cultures allow the study of tissue function and development in vitro. And the new paper describes slightly different kinds of organoid.

Lead author Eric Parigoris, Ph.D. student researcher in the Takayama lab, explains, “Typically, people refer to organoids as 3D structures grown from stem cells or primary human tissue. We refer to our structures, which are created from cell lines, as organoids for their ability grow very large – up to one millimeter in diameter; to hollow out, and show multiple heterogeneous markers, which distinguishes them from more traditional three-dimensional cultures derived from cell lines.”

There's something else about these new organoids: they are inside-out. The researchers describe mammary organoids with a basal-in phenotype – the basement membrane is located on the organoid’s interior surface, as opposed to the outside. This was a fortuitous discovery, somewhat accidental, according to Parigoris. But next time it won’t be.

“Once we discovered this inverted phenotype, we did more of an analysis to determine what materials and methods induce this, and now we have a robust, reproducible protocol to intentionally induce an inverted or basal-in phenotype in our organoids,” Parigoris says.

But why would they want to do that? The answer is in the results: the researchers discovered that the basal-in phenotype enables a better vantage point for studying breast cancer progression. In spite of advances in organoid development, there are a number of challenges for practical applications. This includes the difficulty of accessing the organoid lumen – cancer cells accumulate within the lumen of ducts on the epithelium, or the side opposite the basement membrane. Invasive breast cancer cells are characterized by their foray out from the lumen, first through the epithelial cells, and then the basement membrane.

But with the basal-in phenotype organoids, the researchers write, “the study of cancer invasion through the epithelium first, followed by the basement membrane to the basal side, is realized in an experimentally convenient manner where the cancer cells are simply seeded on the outside of the pre-formed organoids, and their invasion into the organoid is monitored.”

Parigoris was preparing to finalize data for the manuscript in fall 2019 when the team discovered the inverted geometry organoids. “One last staining revealed the exact opposite of what we expected and it changed the whole trajectory of the project and paper,” Parigoris says.

If there are dramatic moments in the course of a long experiment, this was it. An unexpected discovery that Takayama says at first left the team feeling horrified, “but that turned into feeling fantastic and ecstatic. That was the dynamic, that’s what was going on.”

Here was something unprecedented, Takayama adds, “a new and different biological structure, but very useful for studying cancer.”

In addition to lead author Parigoris and corresponding author Takayama, other authors included: