Jaydev Desai has been a long-time leader of the society's conferences and technical activities. 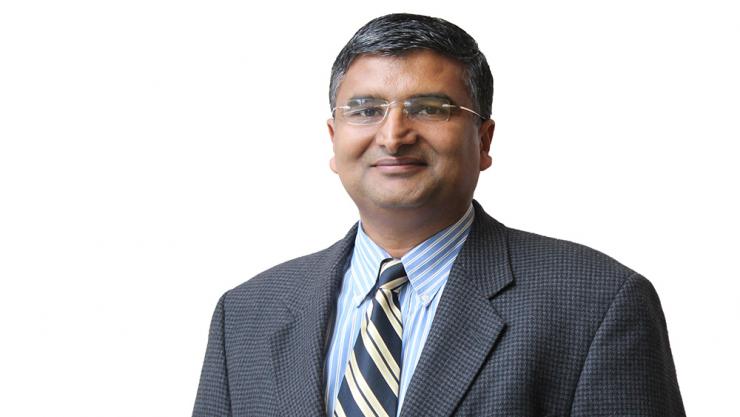 Jaydev Desai has been helping lead the scientific exchange and events of the IEEE Robotics and Automation Society for nearly two decades, devoting countless hours to create what he called “top-notch” programs for his colleagues worldwide.

This year, the society is recognizing his dedication with its Distinguished Service Award, citing Desai’s “distinguished leadership, outstanding service, and innovative contributions to IEEE RAS conferences and technical activities.”

“It is very gratifying, and humbling at the same time, to receive this recognition, but I can also say that I am not the only one. There are so many people who spend time working for the society,” said Desai, professor in the Wallace H. Coulter Department of Biomedical Engineering. “It really is a team effort — to run a large conference, for example, we all have to chip in to make sure that it is a success. Likewise, to launch new initiatives, the community has to come together to make it happen.”

Desai said it always has been important to him to give back to his professional community, which he has been involved in since the very beginning of his career. Now, he said, he also has the opportunity to involve the next generation of leaders in the society’s work and mentor them.

“You get to guide the quality of those events within the conference,” Desai said, “and I believe in having a top-notch quality. I put in a lot of effort into making sure that it is.”

Desai’s work continues to this day — he might be busier now than ever, in fact. He was recently appointed associate vice president, technical program, of the society’s Conference Activities Board, which oversees the technical, finance, publications, and operations aspects of all its conferences. He also was recently elected to serve a three-year term on the society’s governing Administrative Committee.

“It’s an honor to be recognized with the award, but that doesn't mean that you stop there,” Desai said. “My work is ongoing, and I think my contributions to the society will be ongoing for the foreseeable future.”

The society will award two service awards at ICRA in June. The other will go to Ayanna Howard, the departing chair of Georgia Tech’s School of Interactive Computing.

Jaydev Desai is a professor in the Wallace H. Coulter Department of Biomedical Engineering.