Martinez, CA – After three years in stealth, Hello Robot is unveiling the Stretch Research Edition, a slender robot that heralds a future where robots help people in their homes and workplaces. Created by a team that includes Georgia Tech robotics researcher Charlie Kemp and Google’s former director of robotics, Aaron Edsinger, Stretch boasts a simple and capable design that makes it adept at performing a variety of useful tasks.

“What sets this robot apart is its extraordinary reach, which is why we named it Stretch,” says Edsinger, Hello Robot CEO, who adds that the device’s unique design, “makes possible a range of applications such as assisting an older parent at home, stocking grocery shelves, and wiping down potentially infectious surfaces at the workplace. We see Stretch as a game-changing platform for researchers and developers who will create this future.”

With its compact wheeled base and slender telescoping arm, Stretch reaches important places, picking up objects on the floor or at the backs of countertops. The device’s small size lets it navigate tight spaces, such as through the clutter of real homes. In addition, it is sensitive to even light contact, enabling it to physically interact with people and its surroundings. Videos on Hello Robot’s show a person using Stretch to pick up toys, move laundry, and play games with kids.

So, in addition to its design, Stretch brings a whole new utilitarian vibe to robotics, according to Kemp, a professor in the Wallace H. Coulter Department of Biomedical Engineering at Georgia Tech and Emorhy, and a researcher in the Petit Institute for Bioengineering and Bioscience, and the Institute for Robotics and Intelligent Machines (both at Georgia Tech).

“When it comes to mobile robots with arms, we’ve been in the age of toys and monstrosities,” says Kemp, Hello Robot’s CTO. “Stretch changes that.”

The device comes with everything needed for a user to get started, including a compliant gripper, 3D camera, laser range finder, onboard computer, and other sensors to support autonomy and artificial intelligence (AI). Videos on Hello Robot’s website give a window to its future. Stretch autonomously grasps objects, wipes down a bedside table, hands an object to a person, and more.

All of Stretch’s software is open source. It includes a ROS interface with a calibrated model of the robot, as well as a low-level Python interface to the hardware. The robot has numerous mount points and expansion ports, allowing customers to easily extend the robot with their own hardware. Stretch also includes an open-hardware library of accessories that researchers can 3D print, such as a tray with a cup holder for delivering objects, and a phone holder that can be used to take pictures.

Previous robots with comparable capabilities have been prohibitively expensive, awkwardly large, complex machines. At just over 50 pounds, Stretch is a highly-capable mobile manipulator that can be easily maneuvered in living or work environments, and be transported in the back of a car. The device is also designed as a cost-effective cutting-edge tool for other researchers, according to Kemp, who owns equity in and works for Hello Robot, which is commercializing robotic assistance technologies developed in his lab.

“A research group can purchase a Stretch ‘6 pack’ for the price of one comparable robot,” he says.

Hello Robot, founded by Kemp and Edsinger in 2017, has offices in Atlanta and Martinez, California.

Videos of Stretch in action 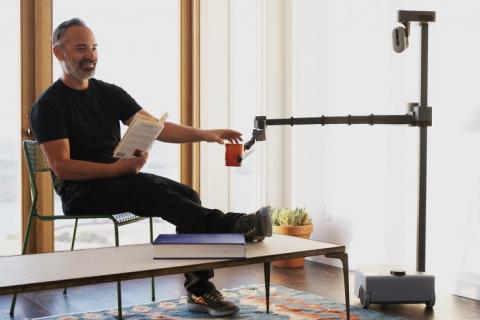 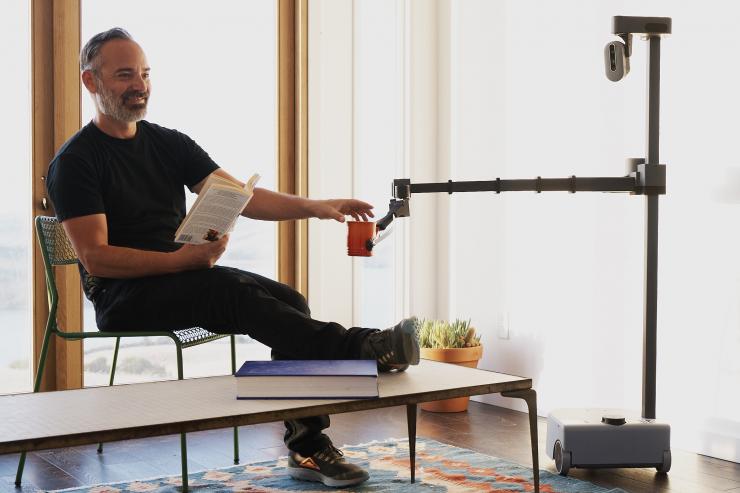 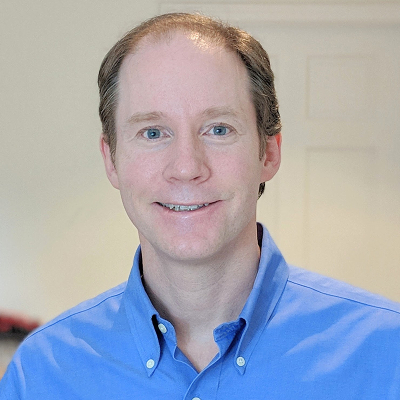 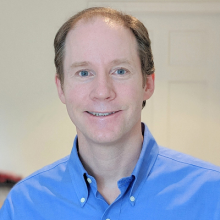