For students who’ve graduated from the Georgia Tech Scheller College of Business, success comes in many forms. Many go on to corporate careers in analytics, finance, tech, and other industries. Others pursue careers in non-profit and social impact. And then there are others who follow a path where climbing the ladder means dreaming it, creating it, and then selling it all themselves. These are the graduates who go on to become entrepreneurs and business creators. Three Scheller grads - Aaron Enten, Daniel Frye, and Jean Marie Richardson - are among those who have chosen the path of making entrepreneurial dreams a reality through tenacity and hard work.

There’s a commonality shared among these founders. All knew they wanted to be entrepreneurs from a young age and started on the path early. For Daniel Frye, Executive MBA ’18, and Jean Marie Richardson, BS Management ‘02, both started in high school.

Frye was heavily influenced by the dot-com explosion in the mid-90’s while growing up in Roswell, Georgia. “For an impressionable teenager, it was like watching your imagination come to life. I think that’s when the seed was planted for me to someday do a startup,” he recalled. Similarly, Richardson started her first business in her hometown of Brunswick, Georgia, when she was still in high school.

Aaron Enten was just nine years old when he started his snow cone stand in Davie, Florida. He is a Double Jacket with an MBA in innovation management and technology commercialization and Ph.D. in bioengineering from the School of Electrical and Computer Engineering.

For all three, support before, during, and after they’d established their businesses helped sustain their dreams.

“My dad was a builder, and I grew up fascinated with the whole process, from vision, design, to home. I became a builder of technology and teams with a mission to make visual storytelling easier. My first partners were developers, and it was incredibly exciting for me to build the platform, design the product, track the backlog, and user test,” said Richardson, CEO of iFOLIO, a digital marketing platform.

Enten cites his parents, Scheller, Georgia Tech, and external partners as his guides. “My parents have been a massive influence in my life. They have provided phenomenal examples of the pursuit of scientific value, entrepreneurial experience, and lean management. I have also been supported by mentors and advisors both in and out of the Tech community throughout my entrepreneurial career,” said the CEO. His company, Insight Optics, is dedicated to connecting primary care providers with local eye specialists for assisted diagnostics.

For Frye, one of his major influencers was Scheller’s own director of Executive MBA student engagement, Cynthia Lynch. “I met with her every few months during my MBA and we talked through where I wanted to take my career and my startup aspirations. She recommended I read a book called ‘Designing Your Life’ by Bill Burnett and Dave Evans. Those conversations and that book had a profound impact on me and was ultimately what convinced me I needed to step away from my C-level job and to take a very fearful, yet important, first step to following my dreams,” said Frye, who is co-founder and CEO of Rocketansky, an authentication and user-focused cybersecurity platform.

Motivated by a desire to provide value, these founders created solutions rooted in technology. Each one saw a niche in the market where they felt their companies would shine.

With his background in bioengineering, innovation management, and technology commercialization, Enten saw a gap in the ability to quickly and accurately diagnose patients who need specialized care but are being seen only by their primary care physician (PCP). Insight Optics allows PCPs to send retinal videos to eye care specialists for further screening without additional skills or training. The company uses machine learning and computer vision so that untrained individuals can capture issues with a diagnosable quality. Enten has a personal stake in the solution that galvanized him to go into the business.

“I founded Insight Optics to ensure we can shift the current U.S. market toward preventive care and impact at least one patient’s life. This is my third venture, but the first that impacts me directly. Our founding team and all members have a personal connection with someone they wish to protect or could have used a technology like this years ago,” he said. One of Enten’s goals is to improve accessibility for the most rural, impoverished, and marginalized populations.

Frye’s company, Rocketansky, provides small and mid-sized businesses and end users with tools that eliminate the need for passwords and other authentication processes while keeping users safe from cyber threats.

“Rocketansky is a B2B SaaS application that secures work-from-anywhere employees and their devices. We replace insecure passwords and cumbersome two-factor authentication with encryption keys and biometrics that make ‘logging in’ instantaneous and secure,” he describes. “We think it’s possible to build security solutions that champion the user and that help them get their job done faster while keeping them secure. That’s the world we want to create.”

Richardson knows the hurdles a new technology startup faces and has so far managed to jump over them to achieve her success.

Her company, iFOLIO, is a cloud-based digital engagement platform that has continued to grow in the five years since she started it. She worked in the corporate world at Oracle, Microsoft, and MasterCard, and wanted a better and easier platform for visual story telling. After working for years to build iFOLIO on the side, she was granted her first trademark and left the corporate world shortly afterwards.

One of her early clients was Harrison Butker, a former kicker on Tech’s football team. He signed up to test the new portfolio marketing platform when he was in line as a draft pick with the NFL and needed to differentiate himself. “Harrison’s portfolio highlighted videos of his key kicks in games, at the combine, and also stats. He liked that the portfolio link was easy for him and his agent to send to coaches and recruiters. I was so proud when he was the third and last kicker drafted to the NFL in 2017 and am so proud of him today, with his two Super Bowl rings,” she said.

The Journey from Student to CEO

Networking. Students hear it again and again. Build a network now while in school and it will go a long way in building a successful career. These entrepreneurs remembered this advice, and networking proved to be key to their success, even before starting their companies.

“The entrepreneur’s journey is never a straight line and choices are always a bit uncertain. The only way you can navigate it is to constantly seek outside information from other people – customers, advisors, investors, and even competitors – because you don’t know what’s relevant until the exact moment you need it,” said Frye. Enten agreed. He noted that having a strong, diversified network allows a founder to ask the questions that lead to future growth.

Richardson’s first business partner and investor was Scheller alum Bert Thornton, president emeritus of Waffle House. “His experience building operations and the team into the massive brand it is today has been incredibly valuable to me in the process of growing the iFOLIO company and team,” she explained. Her company is now supported by an investor advisory board that includes Tech alumni Pam Arlotto, Richard Bergmark, John Brock III, Rich Crutchfield, Jim Lientz, and David McKenney, plus 17 other investors who have helped iFOLIO grow its technology, team, and culture.

For Frye and Enten, Scheller provided a curriculum that heavily influenced their decision to enter the startup world. When asked what drew him to Scheller, Frye didn’t hesitate to name the Executive MBA capstone project as a key factor in his decision to apply to Scheller and in helping him become an entrepreneur.

“The capstone project follows Lean Startup methodology, which emphasizes talking to customers so you really understand their needs. I’d dabbled in startups with friends throughout my 20’s and early 30’s, all of which were miserable failures because we had no idea what we were doing and really didn’t understand our customers,” he noted.

As a Ph.D. student, Enten was intrigued by Scheller’s TI:GER (Technology Innovation: Generating Economic Results) program, which provides the opportunity for students to collaborate on building a technology-based business.

“I joined the TI:GER program to dive deeper into the commercialization processes for innovation and technology. As part of the program, I began taking MBA elective classes at Scheller. I immediately recognized the value of pursuing an MBA and joined the dual degree program a year later,” he recalled.

For these three Scheller alumni, the life of an entrepreneur has been one defined by dedication and resilience. As Richardson puts it, “Starting your own business is unlike any other job. Ninety-eight percent of small businesses fail in their first year, and 99 percent never reach $1M in revenue.” While the statistics are daunting, being told “no” countless times, building a cohesive, dedicated team, and looking for fundraising opportunities are just a few challenges they’ve each overcome. And despite the challenges they’ve faced, none of them have regrets and face where they are and where they’re going with overwhelming optimism. 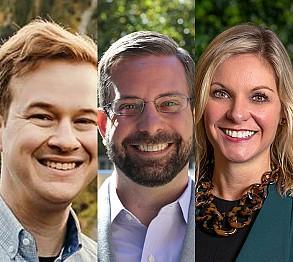 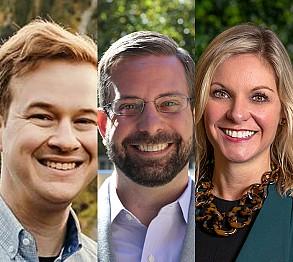 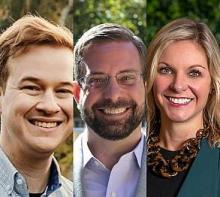