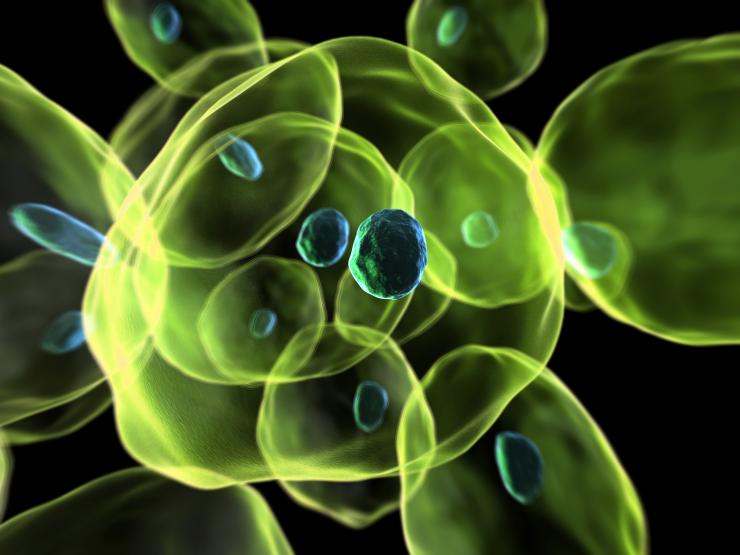 The war on cancer is 45 years old. And while there have been some significant advances since passage of the National Cancer Act in 1971, the conflict has spread out along many fronts.

With the realization now that there are more than 200 types and subtypes of cancer, the battle plan has evolved from a one-size-fits-all strategy to a data-driven, more personalized approach, which means the army of researchers and clinicians devoted to fighting cancer also has evolved.

“We’re seeing the emergence of the new cancer biology,” says John McDonald, director of the Integrated Cancer Research Center (ICRC) at the Georgia Institute of Technology. “It’s actually being driven now by technologies and expertise that lie outside the traditional framework of cancer biology. That’s why I think you’re probably going to see major breakthroughs in cancer research coming out of places like Georgia Tech and M.I.T., as opposed to traditional medical schools.”

Advances in genomics and high throughput sequencing have generated massive amounts of data, “and it’s opened up the field to people that were not trained as cancer biologists, but have the necessary skillsets for the analysis of all this new, big data,” says McDonald, a faculty researcher with the Petit Institute for Bioengineering and Bioscience and professor in the School of Biological Sciences, who has definitely seen his share of breakthroughs in his own recent research focused on ovarian cancer.

The cancer biology that McDonald knew when he was a college student has moved from an era of specialization into an era of multidisciplinary research, in which researchers from a wide range of areas now work together on common projects.

“Twenty five years ago, these people probably wouldn’t have spoken to each other because they didn’t have any common interests,” says McDonald. “I was like a kid in a candy store when we first came to Georgia Tech, and it still feels like that – the idea of being in a place where all of this expertise and creativity exist. Cancer research is not a one-person endeavor. It’s all about collaboration.”

And McDonald has plenty of collaborators within and beyond the ICRC, which occupies a busy space where molecular biology, computational science, engineering and nanotechnology converge. Together, these scientists and engineers are developing next generation cancer diagnostics and therapeutics.

Fatih Sarioglu trained as an electrical engineer in his native Turkey and later at Stanford University, developing particular expertise in microsystems and nanosystems, developing sensitive, small-scale devices to look at atoms. After earning his Ph.D., he says, “I wondered how I could use these skills to benefit humanity.”

Sarioglu, assistant professor in the School of Electrical and Computer Engineering and a Petit Institute faculty researcher, he spent three years as a post-doc at Massachusetts General Hospital and Harvard Medical School, learning about cancer. He found his opportunity, “to give biologists and biomedical scientists and clinicians capabilities they don’t have.”

There was a personal reason for Sarioglu’s interest in cancer, as well. The disease took the life of two grandparents. But he was particularly motivated when his mother-in-law was diagnosed, back in Turkey, with late-stage brain cancer.

“It was devastating. I knew life expectancy was about four or five months,” says Sarioglu. “But their diagnosis was based purely on the pathology, a biopsy slice.”

He asked a colleague at Mass General, David Lewis, one of the world’s top pathologists, for another opinion. Lewis’ conclusions were vastly different. The cancer was benign, operable, and Sagioglu’s mother-in-law is alive and well.

“It showed me that we still have to improve how we diagnose cancer,” says Sarioglu, whose lab develops microfluidic chips that can isolate tumor cells out of billions of other cells. At Mass General, he worked on a device that captures clumps of tumor cells before metastasis, preventing the spread of cancer.

He’s continued that work since arriving at Georgia Tech in 2014, developing microchip technology that analyzes cells accurately and at very high speeds. Essentially, it is a better way to find the needle in the haystack, a minimally invasive way to diagnose cancer, liquid biopsy.

“The possibilities are endless, really,” says Sarioglu, who counts McDonald and Fred Vannberg (an expert in DNA sequencing who specializes in the molecular analysis of cancer) among his research collaborators. “The technology is applicable to all types of cancer.”

The primary tumor is rarely the killer in cancer. Nine times out of 10, cancer kills because it spreads to other parts of the body. So when a patient gets a cancer diagnosis, one of his first questions is, “has it metastasized?”

“Then there are more questions. What is the prognosis, the treatment, how do I deal with this – a lot of questions that can be better answered if we know the answer to the first question,” says Emelianov, whose team designs ultrasound imaging devices and algorithms, and has embarked on a project supported by a grant from the Breast Cancer Research Foundation to use light and sound and a non-radioactive molecularly targeted contrast agent, to answer that anxious first question.

The traditional approach has been to inject radioactive material and tracking that, then biopsy, which involves incision of the skin to expose the lymph node and taking pieces out to look for cancer.

“It is accurate, but it is also invasive, complicated and uses radioactive material,” Emelianov says. “We can do better.”

Emelianov speculates that in the future, we may be able to “weaponize” these contrast agents to actually kill cancer cells. Meanwhile, his team also is using its advanced imaging technology in collaboration with colleagues at Emory University’s Winship Cancer Center, to diagnose thyroid cancer and differentiate between malignant and benign tumors.

There are more than 40 faculty researchers at Georgia Tech who are members of the ICRC. They come from 12 different departments or schools. And there are an additional 16 researchers from academic and medical institutions that are affiliate members. It’s a diverse intellectual force that is giving Georgia Tech its own identity in cancer research.

“We can be a major player in cancer,” says McDonald. “How many medical schools have this breadth of expertise?”

And he’s referring to computer scientists like Constantine Dovrolis, who has spent the last few years investigating a phenomenon called “the hourglass effect” that is present in both technological and natural systems. He’s adapting what he learned studying embryogenesis with Georgia Tech biologist (and Petit Institute researcher) Soojin Yi to his collaboration with McDonald in cancer research.

Dahlman, an assistant professor who came to Georgia Tech earlier this year, works on cancer in two ways. Focusing extensively on primary lung tumors as well as lung metastasis, his team works on delivering genetic drugs to tumors.

“We have changed their gene expression, and either slowed tumor growth or caused established tumors to recede,” says Dahlman, an expert in gene editing. “In some cases, we have delivered multiple therapeutic RNAs to tumors, so that tumor cells are hit with a genetic ‘one-two’ punch that affects multiple cancer causing genes.”

His lab also creates tools to understand how cancer genes cause tumor resistance, studying how combinations of genes influence tumor growth, “because cancer is such a complicated disease and the genetics of cancer are notoriously difficult to understand,” Dahlman says. “It’s driven by many genes working together at once.”

For Lam, the war on cancer is waged in a lab and on the front lines, in a clinical setting. In addition to being a biomedical engineer, he’s also a pediatric hematologist-oncologist who treats patients at Children’s Healthcare of Atlanta.

His Ph.D. was actually focused on the biophysics of childhood leukemia, and his research in this area has focused on a small percentage of patients who develop leukostasis (stroke-like symptoms and lung failure).

“We always thought it was due to the biophysical properties of leukemia cells, which become big and sticky and jam up the plumbing of our blood vessels in our brain and lungs, which happen to have the smallest blood vessels,” says Lam, who is collaborating with Todd Sulchek, associate professor in mechanical engineering and a Petit Institute researcher.

He’s also collaborating with the lab of BME professor Krish Roy on developing a ‘lymphoma on the chip’ model, to study how new cell therapies can directly affect the killing of cancer cells, as a way to determine whether those therapies have what it takes to work in the patient.

It’s all part of the multidisciplinary, “basement to bench to bedside” approach that Lam’s lab, with its connections to Georgia Tech, Emory University and Children’s Healthcare, has become known for.

“Within our lab, we’re certainly interested in technology development,” Lam says. “But then, we’re also interested in the assessment of the technology and, ultimately, directly translating that to the patient. Our lab lives in that entire space.” 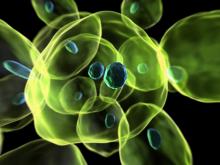