Federov and Thomas Climb the ME Ladder 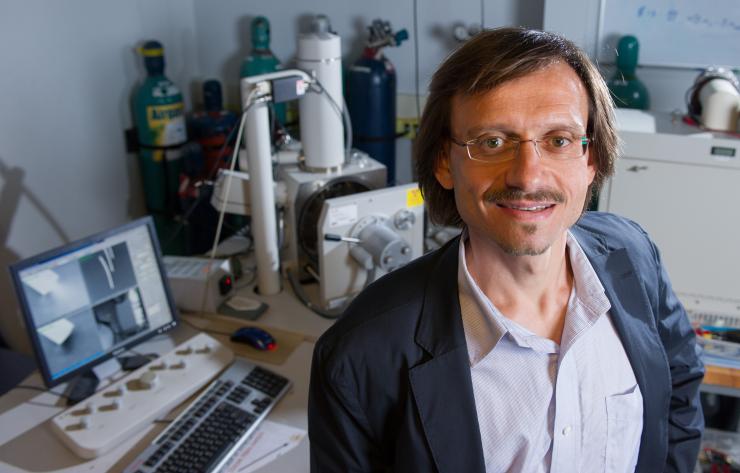 Two researchers with the Petit Institute for Bioengineering and Bioscience at Georgia Tech have been promoted in the George W. Woodruff School of Mechanical Engineering (ME). Andrei Federov has been appointed a Rae S. and Frank H. Neely Chair, and Susan Thomas has been named a new Woodruff Professor.

Selection for the professorships is based on research accomplishments, leadership, and contributions made to Georgia Tech and the Woodruff School. Each faculty member will receive funding to support their research activities during the five-year, renewable term.

The Neely Visiting Professorship Fund was established by Rae S. and Frank H. Neely In 1960 and later became the Neely Professorship Endowment Fund in 1988. The fund supports faculty positions that most appropriately meet the needs of the school, such as director's chairs; faculty chairs; professors of the practice; professorships and early career professorships. The Fund enhances the Woodruff School’s ability to attract and retain eminent teacher-scholars to positions of academic leadership. Frank H. Neely, business and civic leader in Atlanta, graduated from Georgia Tech in 1904. His ties to Tech remained strong throughout his life, and his philanthropy is visible throughout campus.

The Woodruff Professorships are funded through the generosity of the George W. Woodruff Trust, which was established in 1988. George W. Woodruff received his degree in mechanical engineering in 1917. He served as a trustee and trustee emeritus of the Georgia Tech Foundation from 1941 until his death at the age of 91 in 1987, and he received the Alumni Distinguished Service Award in 1963. In addition to providing a significant endowment for the School of Mechanical Engineering, his contributions to Georgia Tech provide National Merit Scholarships and scholarships for student athletes in nonrevenue producing sports and are an ongoing source of unrestricted support for the Institute.

Fedorov's background is in thermal/fluid sciences, chemical reaction engineering as well as in applied mathematics. His laboratory works at the intersection between mechanical and chemical engineering and solid state physics and analytical chemistry with the focus on portable/distributed power generation with synergetic CO2 capture; thermal management of high power dissipation devices and electronics cooling; special surfaces and nanostructured interfaces for catalysis, heat and moisture management; and development of novel bioanalytical instrumentation and chemical sensors. He joined Georgia Tech in 2000 as an assistant professor after finishing his postdoctoral work at Purdue University.

Thomas joined Georgia Tech in November 2011 as an assistant professor. Prior to this appointment, she was a Whitaker postdoctoral scholar at École Polytechnique Fédéral de Lausanne (one of the Swiss Federal Institutes of Technology) developing nanomaterials for cancer immunotherapy and studying the role of lymphatic transport in immunity. She received her Ph.D. from The Johns Hopkins University as a NSF Graduate Research Fellow where she studied the role of fluid flow in regulating blood-borne metastasis and identified novel biomarkers for the detection of metastatic colon cancers. Thomas’s research focuses on the role of biological transport phenomena in physiological and pathophysiological processes. 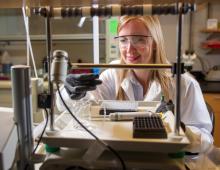