From the Factory to the Lab 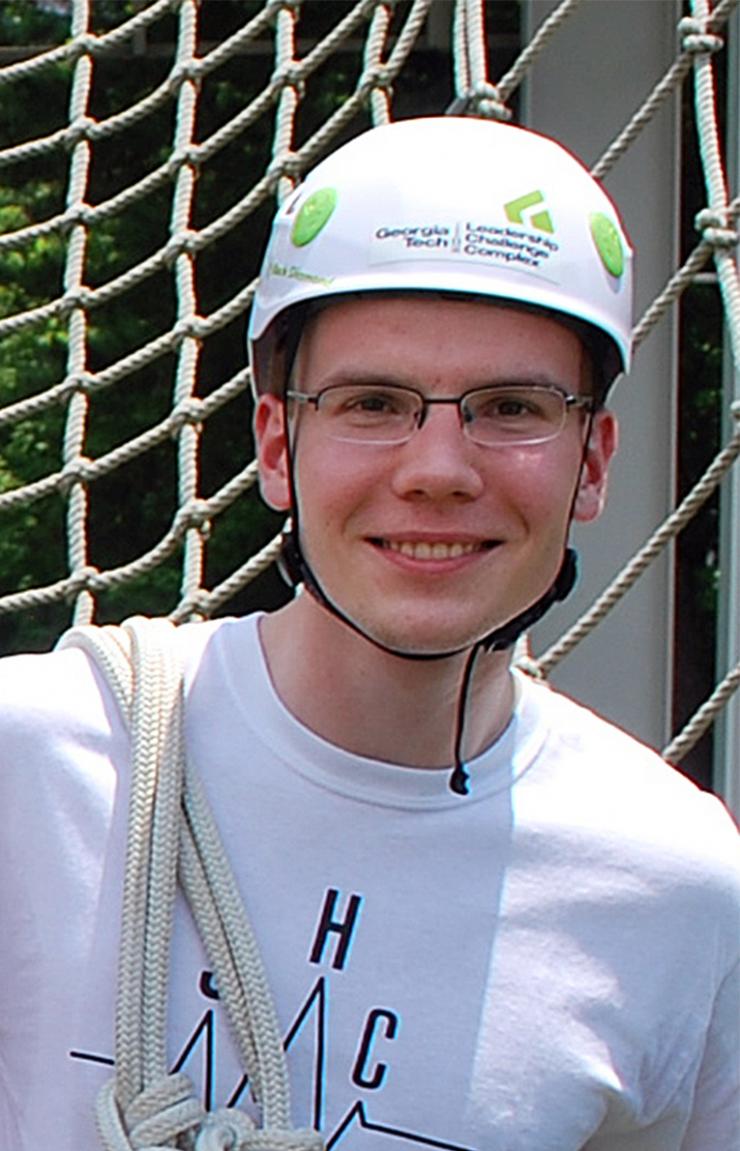 For Cyril Lukianov, the old adage “third time is the charm” has held true.

After majoring in biochemistry first at the University of Vermont and then the University of Georgia, he found his path at the Georgia Institute of Technology, where he’s majoring in chemical engineering, “which is a spectacular program,” says Lukianov, a 2016 Petit Undergraduate Research Scholar.

The Petit Scholar experience is actually helping Lukianov make up for some lost, but not wasted time. During those summers between university transfers, he needed something to do, so he found work in a food processing plant near his home in metro Atlanta.

“Normally, college students find something academic or research based to do during that time, but because of my transfers, I couldn’t really do that, and I’m the type of person who can’t just sit still, so I went to work in a plant where they make bakery products,” says Lukianov, who is in his last year as an undergraduate and third year at Georgia Tech.

He started on a production line and over the last several summers worked all kinds of jobs there. Last summer he worked with industrial engineers implementing projects to address production costs and save energy.

It’s a far cry from the work he does now in the lab of Julie Champion, researcher in the Petit Institute for Bioengineering and Bioscience, and associate professor in the School of Chemical and Biomolecular Engineering. But the food factory experience prepared him well for the lab environment.

“That job was seven days a week, eight-hour shifts, and research can be like that – you’re very busy, you work on weekends,” Lukianov says. “The big thing that translates well from that job to my working in a lab now is learning how to be part of a team, with different people with different interests from different backgrounds working together effectively.”

For the first time in several years, Lukianov did not have to report to work at the plant. The Petit Scholar program has allowed him to spend an entire year working in a lab (his project is focused on opening the intracellular environment to therapeutic proteins that deliver themselves).

He welcomes the change, but then, the concept of “change” has been a part of Lukianov’s life since he was a little kid. His family moved to the Atlanta area from Belarus when he was 11, “just looking for more opportunities,” he says.

His mother taught English writing and composition, so he basically grew up learning the language, but speaking Russian at home. By the time he entered Lakeside High School in Dekalb County, he was already proficient in English.

Lukianov is applying to medical schools now but says he’ll probably continue biomedical research in the future. The Petit Scholar experience set him on that path, allowing him an opportunity to hone his lab skills as part of a research team working to improve the human condition.

“The thing that separates the Petit Scholar program from other lab experiences is being able to contribute significantly to a cutting edge project,” he says. “It’s expected of you. I find that personally fulfilling.”

How to become a Petit Scholar