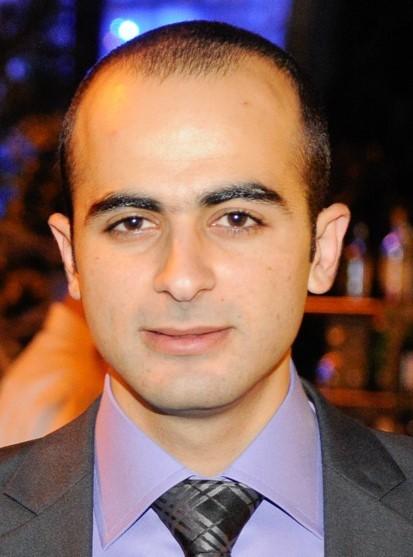 Nine graduate students will make up the inaugural Fall 2016 class of the College of Sciences’  interdisciplinary Ph.D. program in Quantitative Biosciences (QBioS). QBioS was established in 2015 by more than 50 participating program faculty in the College of Sciences. It is directed by School of Biological Sciences Professor Joshua S. Weitz.

“QBioS faculty will train Ph.D. students to identify and solve foundational and applied problems in the biological sciences and prepare them for research challenges at scales spanning molecules to ecosystems,” Weitz says.

The QBioS program supports the College’s strategic goal to enhance the research ecosystem and provide new training opportunities. It is Georgia Tech’s third interdisciplinary Ph.D. focusing on life sciences, following the successful models for Bioengineering and Bioinformatics.  As in these other programs, QBioS Ph.D. students can select a thesis advisor from the entire program faculty, irrespective of school. In this way, QBioS continues a tradition of fostering innovative, interdisciplinary research and education at Georgia Tech.

Shlomi Cohen earned a B.S. in Mechanical Engineering from the Technion-Israel Institute of Technology, in Haifa. Cohen followed his wife to Atlanta after she had been accepted to the Industrial and Systems Engineering Ph.D. program at Tech, and he soon applied for his own doctorate.

Cohen says QBioS is a natural choice for him, despite his engineering background. “I have been interested in biosciences for as long as I can remember,” Cohen says. In fact, he adds, he chose to study mechanical engineering at Technion because they offered a biosciences specialization.

“I look forward to obtaining knowledge and experience that will allow me to gain a set of professional tools to handle real scientific problems and achieve a better understanding of the amazing world around us.” Cohen will be based in the School of Physics during his time in the program.

Nolan Joseph English comes to QBioS with a B.S. in Chemical Engineering from Howard University, in Washington, D.C.  English says he was drawn to Tech for its “incredibly strong focus on computer science and interdisciplinary studies that pervade both the culture and research.” That Tech is his father’s alma mater also played a role in his decision.

“The QBioS program allows one to experience many aspects of computational biology – such as systems biology, bioinformatics, and bioengineering –  while building a strong core of computational capability and understanding,” English says. “This strong core is what I desire most and is something truly unique to Georgia Tech.”

What most excites English about QBioS is the prospect of learning “how to translate an in silico knowledge base into an in vivo actualization of concept.”  For this reason, he says, “I am keenly interested in learning about modeling techniques at the transcriptome and genome levels.”  English will be based in the School of Biological Sciences.

Elma Kajtaz earned her bachelor’s degree in behavioral sciences from the University of Sarajevo, in Bosnia-Herzegovina. No longer a stranger to Georgia Tech, Kajtaz had previously worked and studied in the former School of Applied Physiology, now the School of Biological Sciences, with Professor T. Richard Nichols. That research opportunity is what drew Kajtaz initially to Georgia Tech.

“The interdisciplinary and quantitative approach to behavior and physiology emphasized by the QBioS program is perfectly aligned with my research philosophy and interests,” Kajatz says. “I am looking forward to learning and working alongside faculty and researchers from different disciplines to contribute to our understanding of biological systems.” Kajtaz will be based in the School of Biological Sciences.

Alexander Bo-Ping Lee received his bachelor’s degree in mathematical biology at Harvey Mudd College, in Claremont, California. A paper on ant rafts by School of Biological Sciences Associate Professor David Hu intrigued Lee and sparked his interest in attending the QBioS program. Lee is most excited to be a teaching assistant during his time in the program and hopes to become a professor one day, in line with his love of teaching. Lee will be based in the School of Physics.

Joy Elizabeth Putney received her B.S. in Biology and Physics-Engineering from Washington and Lee University, in Lexington, Virginia. She was drawn to QBioS by her love of research that uses quantitative techniques to study biology.

“Life is full of examples of complex systems, from the molecular to the ecological scales, and most complex systems can be best understood using quantitative techniques,” Putney says. She’s excited to start research, taking advantage of the program’s rotation-based structure to gain experience in multiple labs. “This will give me the best opportunity to find a place where I can do research that aligns with my passions,” she says. Putney will be based in the School of Biological Sciences.

Putney may work government or industry after completing the program, but that is a long way in the future. “I hope that Georgia Tech will point me in the right direction,” she says, “even if it ends up being something completely different from what I thought or expected.”

Pedro Márquez-Zacarías has a bachelor’s degree in biomedical sciences from the School of Medicine at the  National Autonomous University of Mexico, in Mexico City.

“Georgia Tech is a very prestigious university where science and technology are at the frontiers of knowledge” Márquez-Zacarías says. “I like how students and professors from different fields join efforts to tackle complex problems in the most diverse fields of science.”

Márquez-Zacarías is excited to be part of the diverse and collaborative groups of scientist in the QBioS program. “I can’t imagine a better program for my doctoral degree,” he says. He looks forward to collaborating with various research groups and learning cutting-edge techniques to study how nature works. Márquez-Zacarías will be based in the School of Biological Sciences.

Stephen Anthony Thomas is no stranger to Georgia Tech, where he earned bachelor’s and master’s degrees in electrical engineering. But it is mathematics where Thomas finds his passion.

The QBioS program offers “a great chance to apply a subject I love – mathematics – to areas that can make a real difference to society,” he says.

A potential research focus for Thomas is mathematical modeling for epidemiology. “It’s exciting to be able to work not only at Georgia Tech,” he says, “but also through partnerships with Emory University on critical problems, such as countering antibiotic resistance in bacterial infections.” Thomas will be based in the School of Mathematics.

Hector Augusto Velasco-Perez received his bachelor’s degree in physics from the Faculty of Sciences in the National Autonomous University of Mexico, also in Mexico City. “I was looking for a graduate program and a place that could combine theory and practice, physics and biology, pen and paper, and high-performance computing with GPUs [graphics-processing units],” he says. “I wanted my work to be something that someone can use, something that I can point at – big or small – and say, ‘Look, I did that!’.”

QBioS fits the bill, and Velasco-Perez looks forward to working in a diverse community. The QBioS program “is a perfect opportunity for new ideas to be created,” he says.  Velasco-Perez will be based in the School of Physics.

Seyed Alireza Zamani-Dahaj received his master’s degree in physics from  McMaster University, in Hamilton, Ontario, Canada. He was drawn to QBioS by the wide range of classes and the multiple labs doing interesting research. “Being among the first class of the QBioS Program is very exciting,” Zamani-Dehaj says. He will be based in the School of Biological Sciences.

“We warmly welcome our new graduate students in QBioS,” says College of Sciences Dean Paul M. Goldbart. “We look forward to their unique contributions to the College’s tradition of forging new paths of discovery.”

A. Maureen Rouhi, Ph.D.
Director of Communications
College of Sciences 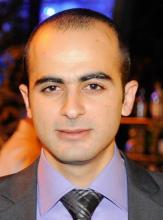 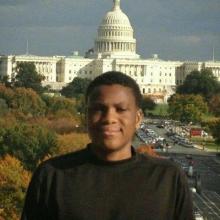 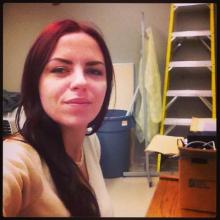 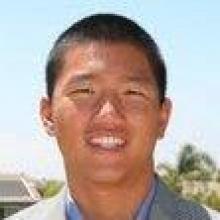 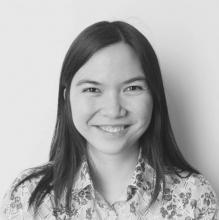 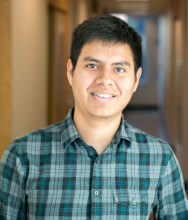 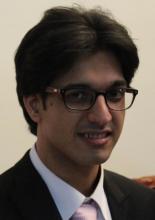