Calvin Runnels, a biochemistry student from Baton Rouge, Louisiana, is the sixth student in Tech history to be named a Rhodes Scholar. 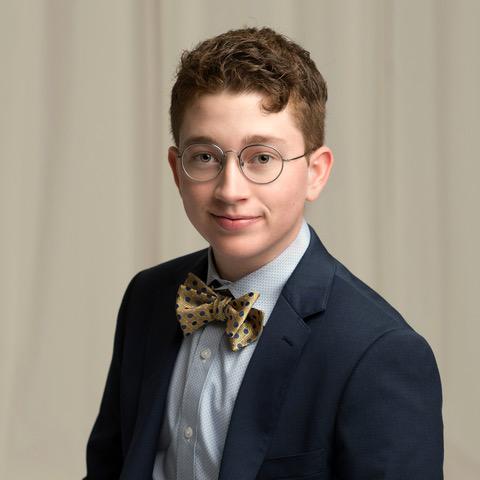 Calvin Runnels plans to spend his life learning, and learning about life. That’s what the biochemistry major wrote in his personal statement when he applied for the Rhodes Scholarship this year.

“I cannot say for sure where exactly in the field my interests will take me — evolutionary biology, medicinal chemistry, biophysics,” he noted. “I know myself too well to claim that any of these subjects would fail to fascinate and invigorate me the way research and learning always does.”

In Spring 2018, Runnels, a native of Baton Rouge, Louisiana, will graduate with a bachelor's degree in biochemistry after only three years at Georgia Tech. And next fall, he will begin postgraduate study at the University of Oxford — the sixth student in Tech history to be named a Rhodes Scholar.

Runnels works in the lab of Loren Williams, professor in the School of Chemistry and Biochemistry. Under the guidance of Williams, graduate student Nicholas Kovacs, lab manager Jessica Bowman, and others in the lab, he is studying the origins of protein folding.

“Calvin is considered by my lab members and by me to be among the brightest and most promising undergraduate students in our program,” Williams stated in his Rhodes Scholar recommendation letter for Runnels. “He ranks in my view alongside a young John Rinn. John began his research career in my laboratory and is now a highly successful member of the University of Colorado faculty. Calvin, like John, is bound to do great things.”

Runnels’ research investigates the primitive protein and RNA folding structures fossilized in the ribosome, which may provide insight into the origins of life.

“The really cool thing about our research is that in the Williams lab, we think that the secrets of the origins of life are encoded in everyone’s cells,” Runnels said. “Every organism that exists has a little fossil record of the history of the molecules that are most important to life on Earth. That fossil record is called the ribosome, which is a little machine in your cells that makes protein.”

Runnels said the ribosome evolves similarly to the way a tree grows.

“If you cut down a tree you can see [in the rings] the history of when that tree was a lot smaller and younger. You can peel away the layers and trace the history to the way it looked at the very beginning,” he explained. “The ribosome is very similar in that the core of the ribosome is evolutionarily the most ancient part, and as it evolved over time new little pieces of protein and pieces of RNA accreted onto its surface, and it grew up into the modern ribosome.”

Runnels studies the core protein and RNA molecules in the ribosome and what their interactions tell us about the very earliest interactions of biopolymers on Earth.

Like many new Tech students, Runnels started as an undecided engineering major.

“I mostly came to Georgia Tech because I liked the way it felt. When I was here on my scholarship weekend I felt very welcome. I felt like people really liked it here. So, I came here on a feeling, more than on what I wanted to study,” he said.

In high school, he enjoyed chemistry and he was good at it, but he didn’t see himself being a scientist or chemist because his experience at working in labs had been less than positive.

One of the first things Runnels did as a first-year student was to go on a Tech Trek to Banff National Park in Alberta, Canada, with his cohort of Stamps President’s Scholars. He met his research professor Loren Williams on that trip, and he was inspired and fascinated by their conversation.

“That sums up my relationship with science and learning in general,” he said. “I think it’s all about what can inspire you and what can motivate you to dive into a topic that you didn’t know anything about. Many of my favorite scientists didn’t study just one thing.”

At Tech, Runnels has been equally accomplished outside the research lab. He served as representative for the School of Chemistry and Biochemistry in the undergraduate Student Government Association (SGA), as well as co-chair of SGA’s Cultural and Diversity Affairs Committee. He is a linear algebra teaching assistant, Beckman Coulter Petit Undergraduate Research Scholar, Stamps President’s Scholar (Randolph Whitfield Scholarship), member of the Honors Program, Georgia Tech Student Ambassador, Diversity and Inclusion Fellow, member of the Omicron Delta Kappa honor society, recipient of the Georgia Tech Campus Life and Community Scholarship, and was a semifinalist for Mr. Georgia Tech this year. He is a transgender male, and served as the student co-chair of the campus LGBTQIA Action Team.

How does he manage this high level of activity and commitment?

Stephanie Ray, associate dean of students and director of Student Diversity Programs, addressed the question in her letter of recommendation for Runnels.

“In addition to his accomplishments in the classroom and laboratory, Runnels was able to find balance in his life, and he was able to excel as a well-rounded student. At Georgia Tech balancing school and extracurricular activities is not always unproblematic, but Runnels found the key,” Ray said. “Calvin has spent a great deal of time at Tech learning about himself and learning about others. As a result, Calvin is very committed to improving the human condition.”

The Rhodes Scholarship, established in 1902 and named for the British mining magnate and South African politician Cecil John Rhodes, is an international postgraduate award for students to study at the University of Oxford. It is considered one of the world’s most prestigious scholarships, with 32 American students chosen for 2018. Runnels will be at Oxford for two to three years, depending on his course of study.

Runnels said being named a Rhodes Scholar is a tremendous honor and came as a shock. He said he is trying to keep its meaning in perspective.

“What I think it means, and the way I’m trying to frame it in my mind, is that I don’t want to view getting this scholarship as my peak accomplishment of my life,” he said. “I want to think of it as an affirmation of the things I have done so far and also as a call to duty to make a difference in the world and try to do great things from here on.”

The presumed immunity of those who have recovered from the coronavirus infection could allow them to substitute for susceptible people. 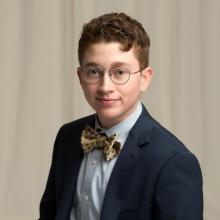