Tim received his B.A. in Biochemistry from University of California in 1971, his Ph.D. in Molecular Biology and Biochemistry from Harvard in 1976 and did a fellowship with Cesar Milstein in Cambridge, England.  He began as Assistant Professor on the Quad at HMS in 1977 and has been here ever since, although his institution has changed several times.  Since 1989 Springer has been Latham Family Professor. He currently is Professor of Biological Chemistry and Molecular Pharmacology and of Medicine at HMS and in the Program of Cellular and Molecular Medicine, and in the Division of Hematology, Department of Medicine at Children’s Hospital.

Springer discovered with monoclonal antibodies, then cloned and functionally and structurally characterized, many of the adhesion receptors in the immune system. He was the first to demonstrate that lymphocytes and leukocytes had adhesion molecules. His work on these receptors has advanced to characterizing their interactions and allosteric transitions by x-ray crystallography, electron microscopy, and laser tweezers force spectroscopy.

He discovered the lymphocyte function-associated (LFA) molecules, the intercellular adhesion molecules (ICAMs), and the first subfamily of integrins. He discovered that LFA-1 bound to ICAM-1, that LFA-2 (CD2) bound to LFA-3, and that blocking either of these adhesion pathways could block antigen recognition by T lymphocytes.  These two pathways were the first examples of like-unlike cell adhesive recognition in biology.  These discoveries directly led to the development and FDA approval of efalizumab (Raptiva, Genentech) - an antibody to LFA-1, and Alefacept (Amevive, Biogen) - the LFA-3 ectodomain fused to Fc, both for plaque psoriasis.

Springer later discovered the three step paradigm for leukocyte diapedesis: 1) rolling adhesion of leukocytes on the vessel wall through a translating zone of selectin-carbohydrate adhesion; 2) activation of G protein-coupled receptors on the leukocyte by chemoattractants presented by vascular endothelium; and 3) activation of integrin adhesiveness for CAMs on endothelium, which mediates firm adhesion and leukocyte migration through the vessel wall.  The use of different molecular digits in each step creates area codes that govern which particular subset of leukocytes or lymphocytes will emigrate from the bloodstream to a particular subset of inflammatory signals.  This together with the realization that blocking any of these steps could completely block emigration led Springer to found LeukoSite in 1993.  In 1996 LeukoSite published that an antibody to integrin α4β7, a lymphocyte homing receptor for mucosal tissues, rapidly resolved colitis in non-human primates.  This antibody, vedolizumab (Entyvio, Takeda) was approved for moderate to severe ulcerative colitis and Crohns disease in 2014.  Springer recruited to the SAB Herman Waldmann, the creator of the antibody CAMPATH-1 (Alemtuzumab). Waldmann arranged to license CAMPATH-1 to LeukoSite in 1997, which was approved by the FDA for B cell chronic lymphocytic leukemia in 2001. CAMPATH was later acquired by Genzyme, and reintroduced as Lemtrada, which was approved for multiple sclerosis in 2013.  LeukoSite went public in 1998 and acquired ProScript and with it the proteasome inhibitor bortezimib in 1999, which was approved for multiple myeloma in 2003 (Velcade, Millenium Pharmaceuticals).  LeukoSite was acquired by Millenium in December 1999 and as 35% of Millenium was valued at $3 billion by 2001.

Springer’s academic interests now focus on how protein conformational change together with tensile force activates integrins, von Willebrand factor, the transforming growth factor-β family, and adhesins on malaria sporozoites, and discovering new binding partners.  Springer has over 500 publications, a Hirsch index of 147, and over 30 patents.  He is a member of the National Academy of Sciences and his honors include the Crafoord Prize, the American Association of Immunologists Meritorious Career Award, and the Stratton Medal from the American Society of Hematology.

Springer is an investor in Selecta Bioscience since its B round and a founding investor in Moderna Therapeutics and Editas Medicine.  He is a Resident Professor at Pfizer.  He is founder and investor in Scholar Rock and in Morphic Rock Therapeutics, and board member and lead angel of Ab Initio Biotherapeutics. IRR to date (12/31/08 to 3/31/16) is 78% for the private investments, excluding founders shares. As a philanthropist, Springer has endowed Chairs at Harvard Medical School and Children’s Hospital, and is on the Children’s Hospital Boston Board of Trust.

Current projects include a non-profit to advance entrepreneurship and innovation in protein therapeutics and open-source antibodies and small molecules. Next is a dual-acting malaria vaccine, to both protect humans from being infected, and to prevent mosquitos from transmitting infection.

The Bioengineering Seminar Series is co-hosted by the Parker H. Petit Institute for Bioengineering and Bioscience, and the Wallace H. Coulter Department of Biomedical Engineering at Georgia Tech and Emory University. 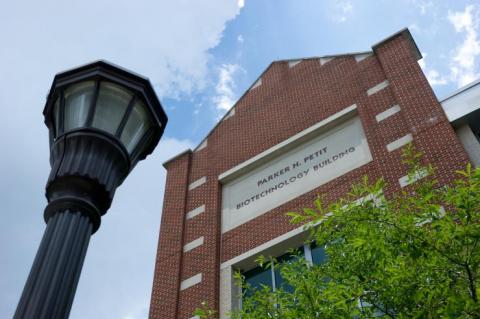